The Rotary Club of Colchester Trinity (Trinity) promotes and organises the annual Charity Colchester 10k Race on the second Sunday in May each year.

As last year it will again start and end at Abbey Fields, the traditional venue for large scale events in the historic Roman town of Colchester. 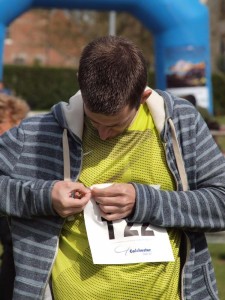 Renamed from Colchester Charity Races to the Colchester 10k, The event will again comprise a 10km road race, this time with an improved start position and finishing on the Garrison Running track. We expect slightly improved race times as a result of this minor adjustment to the route.

Chip Timing was introduced in 2013 to improve the speed and accuracy of our results with further refinements made in 2014 and we have continued to innovate.

The main beneficiary from the race will be the Army Benevolent Fund (ABF) and we all know how important it is to support our valiant servicemen and women. We will also make donations to other Rotary charities. We would encourage runners to seek sponsorship for charity for their own run, either to these charities or to other good causes that they personally select. The Rotary Club of Colchester Trinity can help with guidance and can forward donations to the above stated charities if runners wish to do this.

We hope that runners from last year will be keen to participate again either to improve their running time or sponsorship for charity and will mention the event to their like-minded their friends. Trinity will be promoting the event to other athletic and running clubs in Colchester and East Anglia.